With local elections to be held on October 2nd, political campaigns in Bosnia are in full swing. The most unsettling thing about the various slogans: The country’s politicians are serious about them. 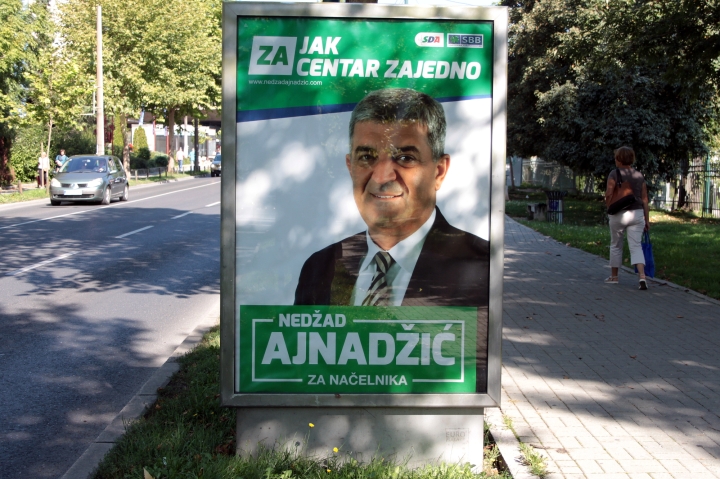 OK. SDA, the Bosnjak nationalist party ruling the Bosnian entity Federacija Bosne i Hercegovina for the last 20 years, doesn’t really have a slogan. They seem to think they don’t need one.

Even if they share mayoral candidates on mutual tickets with their former arch rival SBB as in this case.

SBB seems to have a somewhat cynical sense of humor.

Their slogan reads: „We guarantee stability“.

Stability in what? An unemployment rate of 40 per cent? A dysfunctional political system with two entites opposing each other all the time rather than running the country together? Widespread corruption?

Kind of unsettling to think they’re serious about their campaign. On the other hand, thinking about it as a huge practical joke doesn’t really make it any better.

Party leader and founder Fahrudin Radončić is currently jailed while he is being investigated for obstruction of justice.

Some of my Bosnian friends consider SBB’s slogan to be an insult.

And now take a close look at SBB’s logo and that of Bosnia’s national lottery. It’s pretty hard to spot the difference, isn’t it?

Just another example of unprofessionalism. I can’t imagine any political party would like to send the message that rather than vote for them one might as well gamble.

Although there are quite a few Bosnians that would say their political system is just like a rigged lottery: Expensive and unless you’re sucking up to whoever’s in power you’re gonna end up losing anyways.

„For all of us“ reads the promise of Federacija’s Social Democrats.

Given that Bosnia is a country where corruption is endemic this slogan is either very unfortunate or very cynical.

Who exactly is the „us“ SDP demands something for?

„For the life you want“ is Demokratska Fronta’s promise. As a political statement this about as vague as it gets.

The party, founded by renegade SDP officials, could at least pretend to try making a political promise.

Well, right, it doesn’t. Especially not for parties basing their political campaigns on such platitudes. 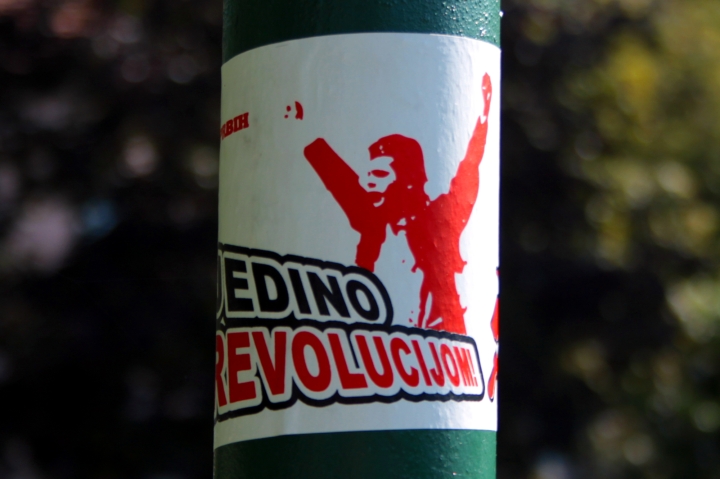 The communist Party of Labor’s campaign is somewhat more modest than the others‘.

Their promise isn’t. They want a revolution. Seems a little ambitious.

To be honest, I am not sure whether they run at the local elections at all. Their stickers are all over Sarajevo, though.

Note: Slogans from the campaign in Republika Srspka are not included in this piece. I simply didn’t have any time to take any pictures for this piece outside of Sarajevo. Feel welcome to send me pics of funny or cynical RS slogans, though.