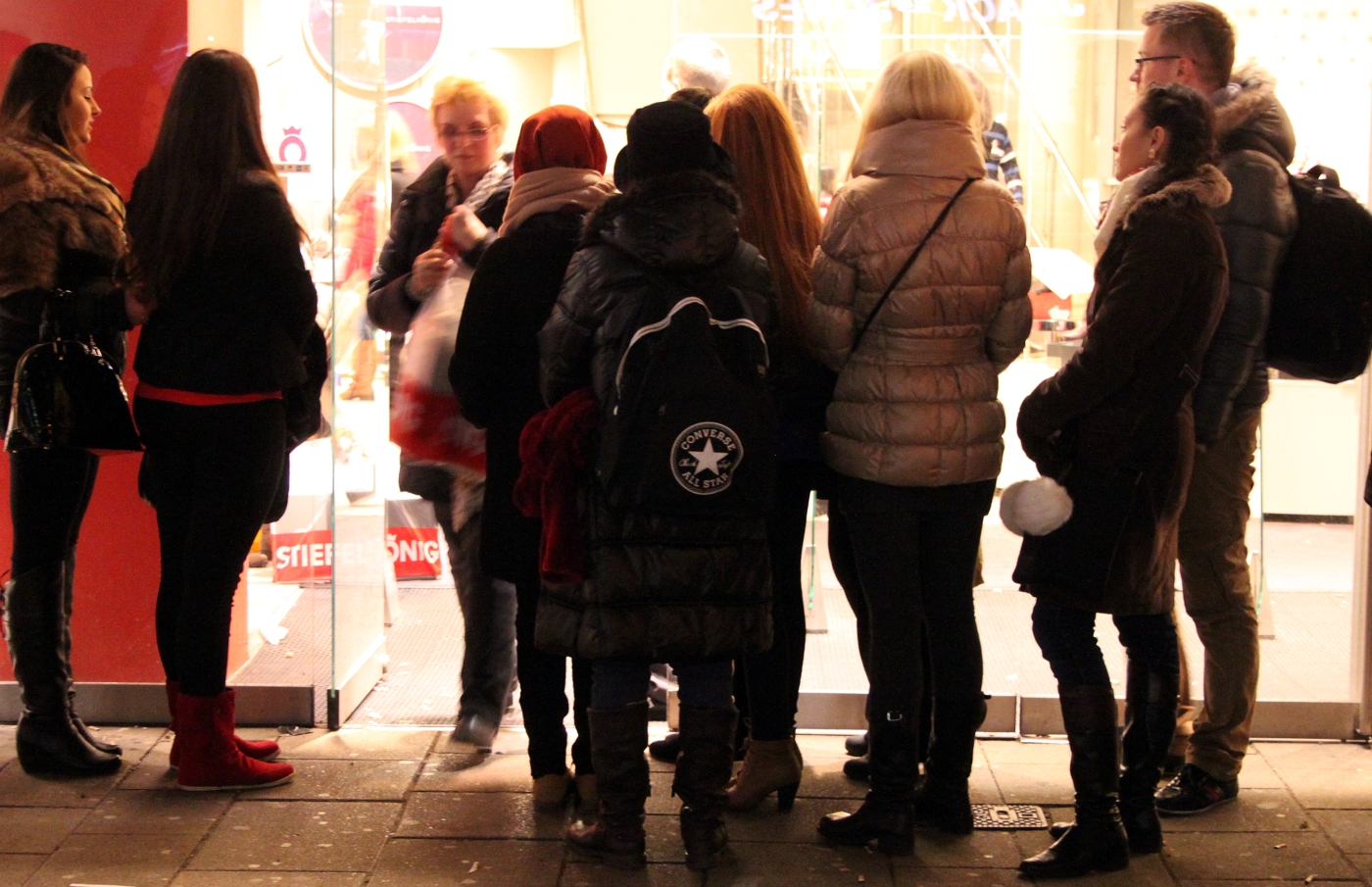 Christmas can be a tiresome if uniting affair if it’s celebrated the traditional way: Shopping, exchanging gifts and family dinners. As soon as religion comes into play, it tends to highlight divisions rather than make them disappear.

Catholic Christmas has seen quite a recovery after socialist times. Croats and Slovenes celebrate on Christmas Eve and Christmas Day, i.e. the 24th and 25th of December.

It’s getting together with family and friends on Christmas Eve over cod fish, turkey or lamb roast and – perhaps not surprisingly – „lots of drinking“ as a Croatian friend has told me.

„We exchange presents at midnight. Usually something modest, apart from kids in well off families who get crappy things they dont need like kids anywhere else“, she wrote me.

Some will go to Mass instead, exchanging gifts before or after.

Attendig Mass did become important in Croatia after independence. In order to be accepted in the nationalist (and thus very Catholic) mood that had gripped the country, people tended and often still tend to be ostentibly religious, as another friend confirms.

Most Bosnjaks join in the festivities, leaving out Mass and the religious side show for obvious reasons. It’s Christmas tree, dinner and gifts.

Consumerism has kicked in in this part of the world as well. Red Santa Claus as THE symbol of universal capitalism is leading the charge.

It’s introducing the tradition of exchanging gifts sometime between Christmas Eve and Christmas Day whereever it thinks people aren’t spending enough money (whether or not they have any money to spend.)

Santa Clause’s official sponsor/creator isn’t far behind: „This week in Sarajevo they put up a Coca Cola X-mas tree in the center“, a friend wrote me about two weeks ago.

In spite of it being mostly consumerism, the Holidays are getting an ideological issue in Bosnia as well. In 2009 a kindergarten principal made national headlines when he banned Deda Mraz (Father Frost/Santa Claus) from the institution.

A Tradition Is Disappearing

A few decades ago, this was a little different. In socialist times, Christmas wasn’t celebrated a lot. Especially not when a member of the family was a card carrying Party member .

One did celebrate New Year’s and used the opportunity to exchange small gifts.

Some families still adhere to it in Croatia and Bosnia, some of my friends have told me. That tradition seems to be disappearing, though.

Oddly enough, the traditional local form of Santa Claus, Deda Mraz, seems to have been around even back then. He just appeared on another date.

That tradition was also kept in the gastarbeiter community in Germany and Austria (and presumably a lot of other places). „The socialist part of my family celebrated at New Year’s“, Balkanblogger Mirela Sidro told Balkan Stories.

Sidro is a Bosnian-German journalist who grew up in Ausgburg.

„The Catholic part of my family did so on Christmas Eve.“ Sounds like the best of two worlds.

In the many mixed families in Bosnia it’s still handled in a similar manner. If the kids are really lucky enough to have uncles and aunts married to Croat, Serb and Bosnjak spouses, they might even get to celebrate three times, including New Year’s.

In urban Serbia New Year’s Eve still is the bigger thing, though, especially in Beograd. Needless to say, it’s accompanied by „lots of drinking“. Some families exchange gifts at the Catholic Christmas date, others at the Orthodox date, but other than that, the seasonal celebrating is done on December 31.

In the ethnically mixed parts of former Yugoslavia, Serbs might join in at the Catholic date as well – mostly by going out and having fun with friends and family. And, of course, „lots of drinking“. It’s the Balkans, after all 😉

With religion also having become a big thing with the rise of nationalism in Serbia and Serb populated areas traditional Orthodox Christmas has also seen a revival, much like Catholic traditions have in Croatia. That’s celebrated on January 6th and 7th respectively – depending on whether your reference point is Christmas Eve or Christmas Day.

Marking The Return Of Religion

From what I’ve learned that seems to be especially big in rural Serbia and especially Republika Srprska.

Winter break in schools there is in January as a Bosnjak friend of mine recalls who was teaching in a High School in Banja Luka a few years ago.

The advantage of this is that in addition to Orthodox X-mas you get to celebrate New Year’s twice. Once at the official date and the second time according to the religious calendar.

The disadvantage is that the two different dates once again make ehtnic divisions visible in a region that could already do with less cultural awareness – or whatever nationalism is mistaken for it.

But then again, in quieter mixed neighborhoods it may bring people together as they invite each other to their respective festivities.

Christmas Has Even Conquered Albania

In Albania Christmas didn’t arrive til later in the 20th century. My great-grandfather spent a couple of years there with his family in the 30’s.

He wrote a Christmas carol, a manuscript of which is probably still circulating around, in which he describes the hardships he had to go through in order to get a Christmas tree for his wife and three daughters, one of whom was born in Albania.

It is evident in the entire story that even with a fairly large Christian minority, Christmas wasn’t anything Albanians celebrated in the day, altough Father Frost or Santa Claus respectively even has a traditional Albanian name: Babadimri.

Nowadays, Santa Claus has become so common a sight in Albanian cities that criminals can safely use the costume as a disguise to rob malls without arousing suspicion like in Tirana in 2013.

Looks like old Christmas hater me will still have to look for the one place in earth I could emigrate to without being bothered by the Holidays.

I took the title photograph a few days before Christmas 2012 to illustrate the Holiday shopping frenzy. There is a little detail that will give away the location at which it was taken. Care to guess where?