The Long Road To Justice 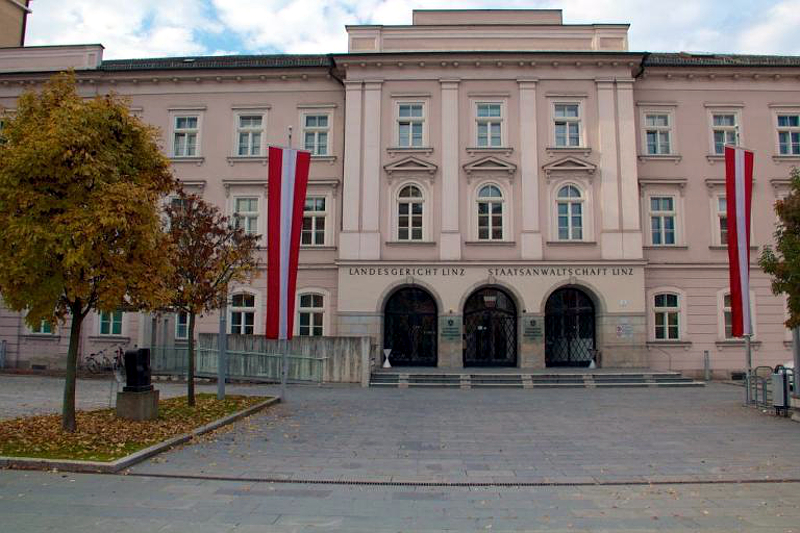 The memories of war still haunt Bosnian society. Far too few responsible for the slaugther of 100.000 Bosnians have been convicted. This week a trial started in an Austrian court of law that may bring closure to at least a few survivors and the families of victims of one the many massacres.

It is said to be the first trial for war crimes in former Yugoslavia to be held in Austria. Which in turn says quite a bit how effective law enforcement and judicial systems have been for the past two decades.

Austrian prosecutors have indicted a 48 year old Bosnjak who has gained Austrian citizenship around a decade ago for a massacre committed against the inhabitants of the Serb village of Serdari in 1992.

A Croat-Bosnjak militia killed 16 people during a raid, including two children, and set fire to several buildings. (See here for detailled background info on the massacre in German.)

The Bosnian Tribunal for War Crimes, which is succeeding the International Criminal Tribunal for Former Yugoslavia (ICTY), has convicted several members of the raiding party in a trial last year.

The verdicts were overturned in an appeal due to formalities, the Austrian daily „Oberösterreichische Nachrichten“ reports.

At the trial, two witnesses identified the man now indicted in Austria as having participated in the raid.

The defendant who himself fled Bosnia in 1993 denies all allegations and has plead not guilty.

A jury will determine who’s right, a verdict is to be expected in June, prosecutors have told Austrian media.

The judicial process is somewhat complex in this case. The defendant may under no cirumstances be extradited to Bosnia as he is an Austrian citizen. And there are no less than three criminal statutes applicable during the proceedings including possible sentencing which doesn’t make it any easier.

There Is No Corner On Earth You Can Hide

Now, it is certainly good news that even after 23 years people suspected of having participated in a massacre against civilians have to stand trial.

Even though a trial by a jury of his peers would be preferable, it is also good news that this trial is held even abroad.

It sends the message that there is no corner on earth a suspected war criminal can hide. Although admittedly this corner on earth isn’t particularly far away from the crime scene.

Which brings us to the not so good aspects of how the atrocities committed during the breakup of former Yugoslavia are being dealt with and to The Hague.

This week, Milorad Dodik, President of the Bosnian entity of Republika Srpska, testified in the Hague in the trial against Ratko Mladić on behalf of the defendant.

The JNA-General has been indicted for numerous war crimes, including the genocide in Srebrenica where he was the commanding officer of the Serb units that captured the town from Bosnian government troops in 1995.

Just today, another mass grave was discovered that probably contains the remains of some of the more than 8.000 victims – men and young Boys, most of them members of the civilian Bosnjak population.

He had had no knowledge of any plans for ethnic cleansing and maintained that the leadership of Bosnian Serbs had merely been defending the ethnicity’s „legitimate rights“, Dodik said – when he remembered anything at all, that is.

Dodik had been a member of the parliament of Republika Srpska during the war, heading what was then the moderate opposition.

In an interview with the magazine Slobodna Bosna from March 22, 1996, Dodik’s answer to the question whether  Ratko Mladić  and Radovan Karadžić should be standing trial in The Haque read somewhat different:

The two of them as well. Let the court decide whether they are guilty or not, and don’t let their responsibilities burden the backs of the entire Serbian people. Guilt is an individual thing, so don’t let everyone suffer for the crimes committed.

Milorad Dodik in an interview 1996

In recent years he has made numerous revisionist statements concerning war crimes in Bosnia committed by Serbs, flatout denying some, and has proven himself to be a nationalist politician who so far has used every opportunity to obstruct common policy in Bosnia.

Being Austrian, Dodik’s testimony rather unpleasantly reminds me of how thousands of WWII soldiers and SS-members from my country denied any knowledge of, let alone participation in, the Holocaust and other Nazi crimes.

This includes Austrian President Kurt Waldheim. A high ranking German officer in WWII stationed in Greece he denied having witnessed the deportation of Jews from Thessaloniki and having heard anything about the crimes German Wehrmacht committed fighting Partisans.

That personal note aside, it is highly unpleasant and in fact detrimental to justice and the healing of the wounds the war caused in Bosnia, that Ratko Mladić  and Radovan Karadžić are still on trial without a verdict.

This isn’t so much to blame on ICTY which does its best to guarantee a fair trial.

It is to blame on those people who allowed Mladić and Karadžić and the likes of them to go into hiding for so long.

This is mostly politicians and law enforcement officials from all countries and nationalities involved in the war. Many of them turned a blind eye, some actively worked to hide and shield those indicted for war crimes from justice.

The international community has its own share of responsibility to face. It is obvious that those who had the power to exert enough pressure on the governments of Serbia, Bosnia, Croatia and Kosovo to apprehend and hand over „their“ suspects to The Hague did not.

To a lesser extent this responsibility is shared by governments whose countries unknowingly harbored suspects for the past two decades as possibly the Austrian government did.

I am fairly sure that there are probably a few dozen suspected Bosnian war criminals of all ethnicities currently living in Austria.

This quote, attributed to several people, describes what should have happened following the war that killed 100.000 people, many of them falling victim not to combat but to war crimes and that saw the rape of tens of thousands of women as a strategic weapon employed to hasten „ethnic cleansing“.

Nobody Is Watching Anymore

The chance to see justice being done has been missed.

There was no big trial like Nuremberg that documented who was ultimately responsible once and for all.

ICTY turned out to be a series of trials that stopped catching the public’s attention sooner rather than later.

Justice is being done. It’s just that nobody is watching anymore.

This has given revisionist historians and politicans of all colors more than enough breathing space to spread their twisted theories. That some of ICTY’s verdicts are debatable at best didn’t help much.

It has kept the wounds inflicted by the war oozing, stopping them from healing.

It has effectively denied thousands of victims closure, keeping alive the hatred.

One may find a number of reasons adequately explaining why this didn’t happen, including ICTY’s statute itself that makes it fairly different from Nuremberg. None of them can or should be a justification for missing this chance.

Once again, the international community has largely failed Bosnia.

There Is One Clear Message, Though

But even with the optimal outcome missing, ICTY has yielded one positive result as the Austrian trial shows. It has set standards for the international prosecution of war criminals that send a clear message: „You can run. But you can’t hide.“

If that keeps just one person from ordering a massacre or pulling the trigger this is a victory in itself.