A Just Verdict, A Botched Sentence 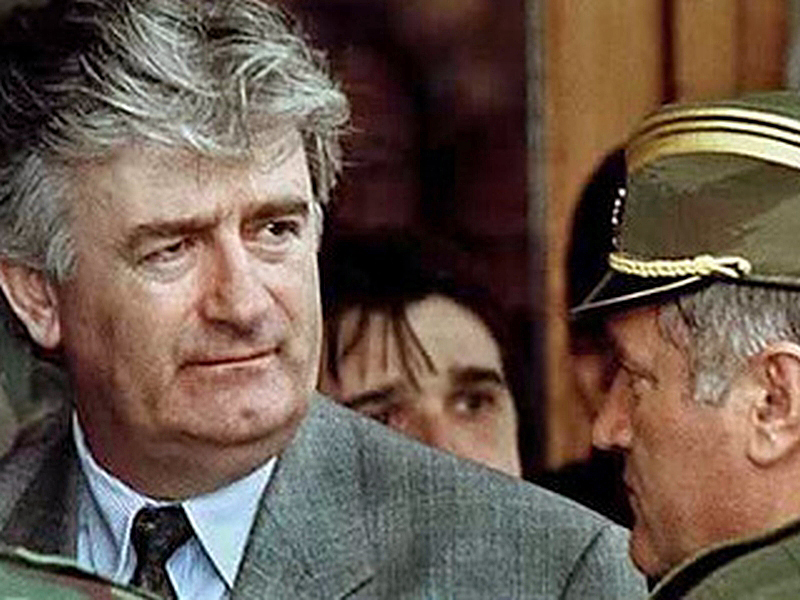 The International Criminal Tribune for Former Yugoslavia (ICTY) has found the former President of Republika Srpska, Radovan ‪Karadžić, guilty of war crimes, crimes against humanity and genocide for his role in the civil war in Bosnia in the 90’s. He was sentenced to 40 years imprisonment. A sentence that leaves much to be desired.

By all standards, this was a fair and just verdict. It followed – among other things – the standards set forth by the Nuremberg Trials. If you allow war crimes to happen while you’re in a position to prevent them you are guilty. Ever more so if you encourage anyone under your command to commit war crimes.

This certainly was the case with Radovan ‪Karadžić.

The crimes he was convicted of include the siege of Sarajevo that targeted civilians and the genocide of Srebrenica.

Less Than Life for Genocide? Seriously?

That makes the sentence all the more unsatisfactory.

Karadžić was sentenced to serve 40 years in a facility yet to be determined – rather than receiving the life term the prosecution and victims had called for.

So, in essence: You are convicted of genocide and still have a – theoretical – chance of going free?

Not that one has to worry about that happening with Karadžić. He’s 70 years old. His sentence is tantamount to life. But justice isn’t just about factual decisions. It also is about the messages it sends.

Or, as a smart man once put it:

With all respect to ICTY, that’s just not the case here.

And while one must keep in mind that overall, the Tribunal has done a tremendous job over the years, its most important trial ended in yet another botched decision that have so badly hurt the Tribunal’s credibility – and thus reduce the effect ICTY could have in terms of reconciliation and closure for former Yugoslavia.

Many people  – and not just Serbs – have accused ICTY of being lenient on non-Serb defendants over the years.

While most of this seems to have been exaggerated, some of these accusation seem to not be entirely unfounded.

The principle of responsibility that was so rightly applied to Karadžić didn’t keep the court from acquitting Croatian general Ante Gotovina. This was widely seen as an unfortunate decision at best. Many – not just Serbs – claim it to have been a political one. There is no proof of that, however.

Be that as it may, it was this acquittal that badly hurt ICTY outside Croatia.

Today’s verdict against Radovan Karadžić may be still a step for many, especially Bosnian Serbs, to reconsider how they perceice the bloody civil war with is slaughter, mass rapes and expulsions, making reconciliation easier.

A group that certainly will not do that is Milorad Dodik’s party SNSD.

The President of Republika Srpska just opened a student dorm named after Karadžić last week, turning a war criminal into a war hero.

And unfortunately, this verdict will do little to change the minds of many likeminded Serbs, both in Bosnia and Serbia, who still rever Karadžić as a defender of Serbia.

This is at least partly to blame on the fact that his trial didn’t start until 15 years after the end of the war and lasted for almost 6 more years.

That is a long time to build a legend. This, Karadžić has certainly done.

And this is perhaps the main fault with ICTY although it is only partly responsible for this.

Set up in 1993 it started issuing indictments early on but didn’t actually become operational until after the war ended. That gave war criminals like Karadžić, Bosnian Serb general Ratko Mladić and Gotovina ample time to go into hiding.

And, ICTY has always been set up as a court of law. This role it has fulfilled very well overall.

Yet, it never was set up to be the historical institution such tribunals are meant to be and never really received the international support it would have needed.

So, its trials took far too long and came far too late to counter the legend building Karadžić and Gotovina had undertaken with great success even in hiding.

In that sense, ICTY is a missed opportunity. With more support it could have made a major contribution to reconciliation as early as the 90’s – precisely the time when the people(s) of former Yugoslavia would have needed it the most.

Title photo: Radovan ‪Karadžić and Ratko Mladić, who is also indicted for war crimes and genocide, during the Yugoslav war. Photo: (c) AP, obtained at flickr.com by The Advocacy Project under CC license CC BY-NC-ND 2.0