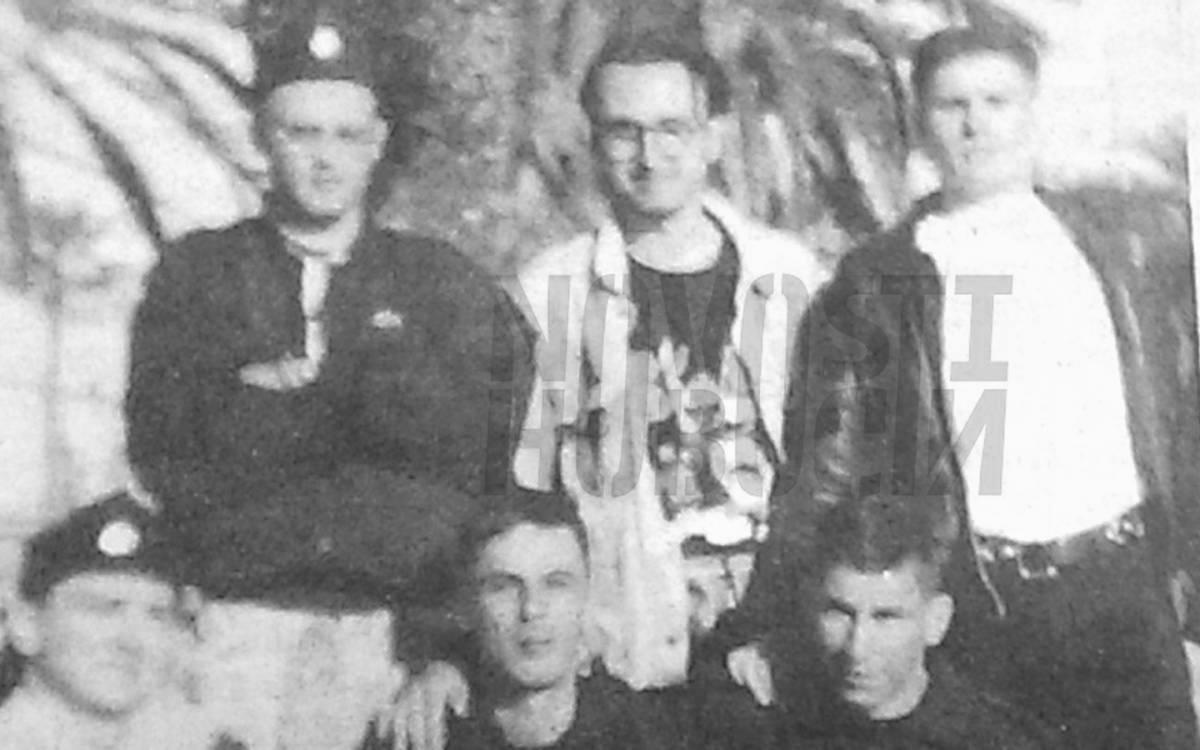 Zlatko Hasanbegović, Croatian Minister of Culture, seems to be made of teflon. More than a week after being exposed as a neofascist he is still in power. There are no indications he intends to resign anytime soon. Prime Minister Tihomir Orešković has shown no inclination to dismiss his most controversial cabinet member.

Zlatko Hasanbegović seems to get away with it. And so does the neofascist subculture in Croatian society.

Almost two weeks after the magazine Novosti exposed his involvement with and membership in openly neofascist organisations in the 90’s, „Hasan“ still is Croatian Minister of Culture.

Not even a photo showing him with a Ustaša cap and articles he wrote under his own name in the 90’s, calling the Ustaše „heroes and martyrs“ and practically calling for the annexation of all of Bosnia seem to have hurt him much.

Neither have protests by numerous antifascist organisations.

„It’s All A Conspiracy“

Hasanbegović flatout denies the charges. It wasn’t him. He was misunderstood. The evidence is fake. It’s all a Serbian conspiracy.

That seems to be enough for Prime Minister Tihomir Orešković to hang on to him.

That Hasanbegović still is in power may also be a consequence of the lack of international pressure. Again, the world seems to look away from open neofascism in Croatian society.

As of Sunday, this blog is unaware of any official statements by European governments or institutions concerning the scandal surrounding Hasanbegović.

Only Karl Öllinger, member of the Austria parliament for the Green party, and antifascist activist picked up the story. On his site „Stoppt die Rechten“ („Stop The Right“) he published an article summing up the evidence against Hasanbegović.

Antifascist organisations such as Austria’s Mauthausen-Komittee,  named after the largest Nazi concentration camp in Austria, are looking into the affair but have released no official statements yet.

There seems to be no satisfactory explanation for the almost entire lack of international response to an open neofascist being a member of the government of an EU-member country.

Other than that traditionally the West has turned a blind eye to right wing extremism in Croatia.

Another explanation for Orešković not sacking Hasanbegović is that he may still consider him useful in his efforts to silence Croatia’s civil society.

Given that in Croatia government subsidies are their main source of income that would mean that most would have to close down.

This would be a heavy blow to the country’s civil society, depriving them of important media outlets.

This would run along with the ideology of HDZ, the conservative party dominating the country’s coalition government. Traditionally, HDZ is suspicious of civil society at large, while openly supporting the Catholic Church in Croatia.

The announcement has sparked protests by journalists. They were joined by the International Federation of Journalists.

The IFJ strongly believes that the statement made by the Minister of Culture that ‚media and media policy are burdening the work of the Ministry of Culture‘ is unacceptable in a true democracy and cannot go unchallenged.

We join our colleagues in Croatia in condemning the Minister’s announcement that he will abolish state subsidies for nonprofit media, as well as his dissolution of the Expert Committee for Non-profit Media before the end of his mandate.

There is no indication that Hasanbegović wants to back down on his decision.

The Minister of Culture isn’t the only problem Tihomir Orešković has on his hands.

Just a couple of days ago information has surfaced that puts into question the competence of his Minister of Science, Education and Sports, Predrag Šustar.

According to the portal „Total Croatia News“ Šustar promotes the idea of „Intelligent Design“.

„The world is obviously designed and science cannot fully explain the design. Religion offers an explanation, citing, like Bošković did, God as a designer, but many scientists reject the theistic explanation. So we have a situation that either we do not have a definitive explanation (such is the case with the explanation of design in science) or we do not accept the explanation (since it comes from religion). At the beginning of his discussion of God, Bošković said that the world was orderly, purposeful and had goals, and that the designer was God. According to him, the world could not have arisen by chance, not by itself, but there is God who created and organized it as such to make life in it, especially for a man, possible“, states the summary of the article.

Predrag Šustar in an article in a theology magazine in Rijeka, quote by „Total Croatia News“.

Several members of Croatia’s scientific community have Šustar incompetent for the office he holds.

The piece quotes Dejan Vinković, professor at the School of Natural Sciences and Mathematics in Split: „The Council of Europe has warned about the expansion of creationism in schools, but Croatia is making a step backwards by having an education minister who advocates a milder version of creationism. The only responsible thing would be for the minister to resign, or for the prime minister to dismiss him. Everything else would be putting the religious over the secular, pseudoscientific over the scientific. After all, one of the reforms that are needed in the system of science is that works such as the controversial one published by the minister should not be called ’scientific'“.

As of Sunday, Šustar, like Hasanbegović, is still in office.