From RS With Love 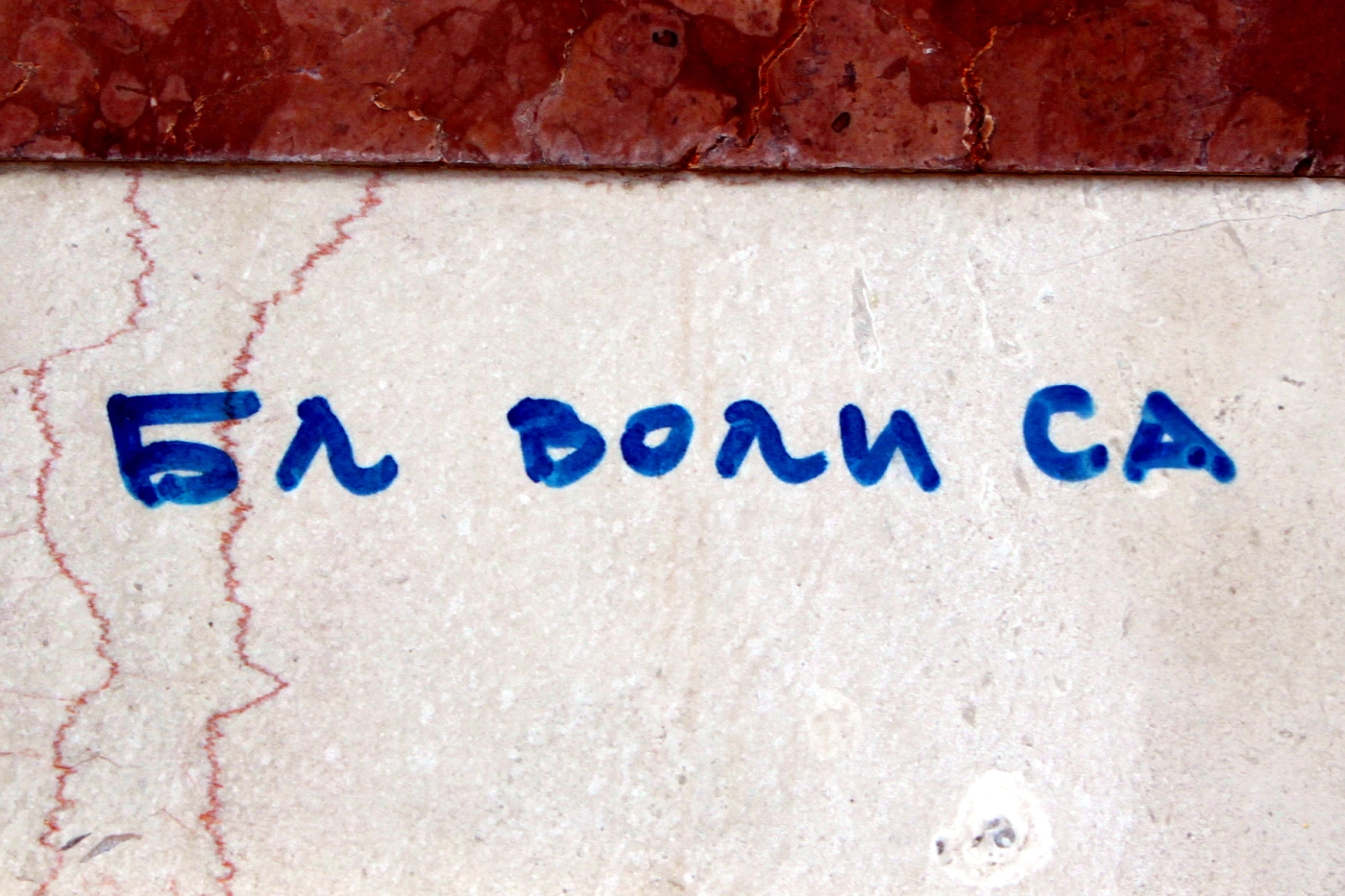 This little message of friendship always make me smile when I see it. It is an example how ordinary people fight nationalism and cliches by ordinary means.

A blue marker pen, the facade of a branch of Unicredit in Sarajevo and a minute when no one’s looking. That’s all it takes.

That it is written in Cyrcillic script indicates that whoever wrote it is an ethnic Serb. That makes it even more charming, I think.

It would be great to see more of these messages. A great number of people in Bosnia is fed up with nationalism and hatred.

It’s just that the others are louder and more visible. So normal people think it is they who are an insignificant minority that doesn’t stand a chance to fight nationalism and hatred.

The more messages there are against nationalism and hatred, the greater the chance that ordinary people see that they are indeed a large group and probably even the majority.

This could get something going Bosnia desperately needs: A movement that ends the seemingly endless pitting of nationality against nationality and the division of the country and its population.

Such a movement could improve life in Bosnia radically.