Thou Shalt Not Fear Promaja 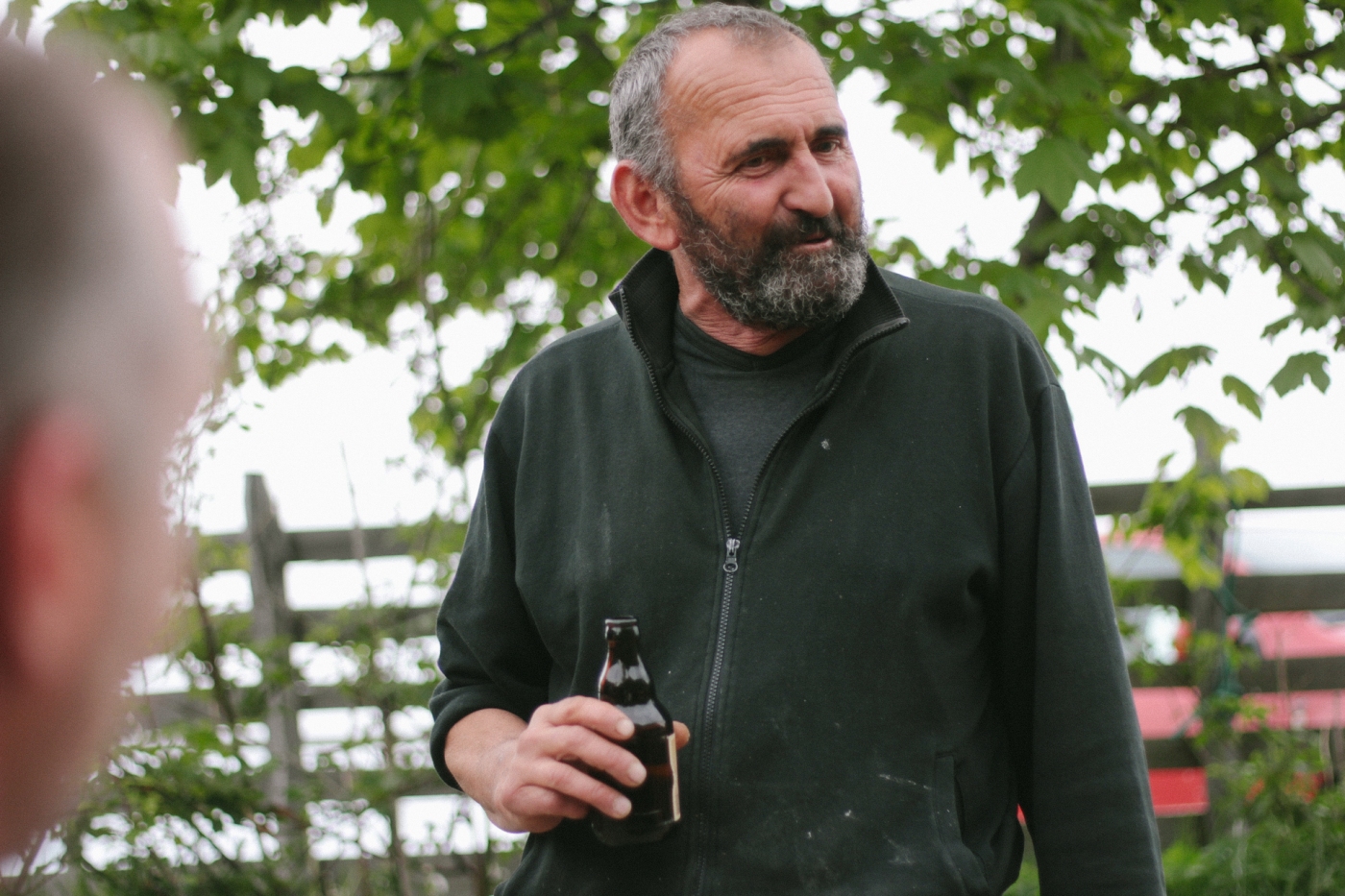 The road to the Skakavac Waterfalls has one of Sarajevo’s more unique sights to offer: A makeshift cafe and Ex-YU’s probably only inhabitant who is not afraid of Promaja. Or at least not as much as he is of paved roads. Dragan’s kafana has become a reclusive hangout for the discriminating local nature lover and a select few adventurers from outside. If they manage to find the place.

Burek is relaxing on the bench.

The garden of Hotel Promaja is clearly the cat’s territory.

He is about the only one who really gets to sleep in the place regularly.

Hotel Promaja on the unpaved road from Sarajevo to the Skakavac Waterfalls isn’t a hotel in any sense of the word.

It is the nickname for Dragan’s cafe/restaurant that otherwise does not seem to have an official name.

Nor a printed menu. At least none to be seen.

Promaja is the local name for the draft in apartments or public transport. It will kill you, or at least make you sick, according to folklore in all of former Yugoslavia.

Hotel Promaja is probably the only local in the wider Sarajevo area not to have WIFI.

Were Igor not a friend I’d have never heard of the place.

“We come here often”, Igor tells me, while Mujo serves kahva, Balkan style coffee, to a party of four, a couple from Sarajevo who show their guests from Amsterdam around.

They have hiked up here.

“It’s to escape the city, meet a few friends and some other people who enjoy nature.”

A car drives up the road towards the waterfalls, whirling up a cloud of dust.

The bulldozer has decided to take a rest for the weekend. It is parked near a makeshift tool- or whatevershed that belongs to Hotel Promaja.

The biker who has been sitting next to Burek asks Mujo to fetch him a rakija to follow his kahva.

The spaniel belonging to the Bosnian couple with their Dutch friends has spotted Burek and barks angrily in the cat’s general direction.

“How are you doing”, Dragan greets Igor, a bottle of Sarajevsko in his hand.

“I’ve had this place for more than ten years now”, Dragan tells me. “I built it all myself”.

With a bit of help from Mujo, his only employee.

“I’ve just had enough of the city and decided to do something up here, away from all the stress. And for a couple of years I’ve also been living up here”, Dragan says, motioning to a hut down the slope next to the cafe.

The hut looks very much like Hotel Promaja, made entirely out of wood, save the windows.

“I hardly ever go down to Sarajevo anymore”, Dragan tells me, “Just every once in a while when I need something or when I want to have a couple of drinks with some old friends”.

Igor nods. “It’s not a lot of people coming here. Those that do, are usually pretty interesting”, he says.

To a large degree Hotel Promaja’s patrons are a tightly knit community, with relatively few people coming up here that aren’t part of one group of regulars or another.

And out of these, it is only a handful that don’t bond with those that come up here regularly.

“Me and my friends, we even come here in winter”, Igor says. “Winter is tough in Sarajevo, what with all the fog and smog. It’s great to get out every once in a while. But you can’t reach this place by car when there is snow. You have to park it down below and walk up here.”

If it were for Dragan it should stay that way, the sociable recluse tells me as I am eating some paprikaš Mujo prepared in the surprisingly spacious kitchen.

Hotel Promaja is the kind of place that only serves a handful of dishes, and with exception of uštipci, it does so only on weekends.

Local down to earth food, wholesome and tasty, like it usually is at places with a tiny menu.

„They are paving the road to up here“, Dragan tells me. „That‘s to make it easier for people to get to the waterfalls.“

In theory that would mean more business for Dragan.

It‘s just he doesn‘t want it.

„The guests that come up here either know me or they love nature. That‘s what I like. The road will change that.“

„I have already picked a spot where I will rebuild Hotel Promaja“, Dragan says, motioning up the mountain.

Far away enough from the paved road to deter anyone who just wants a quick and easy ride up to Skakavac waterfalls.

We have moved inside.

As the cloudy day is ending it has gotten chillier, and the wind that gave the place its nickname has picked up speed.

Tito is smiling at us from a 2017 calender amidst some other memorabilia of a time when the future looked much brighter than it does today to almost everyone in former Yugoslavia.

Džejms, a close friend of Igor‘s, has picked up the guitar Dragan keeps around for long nights in Hotel Promaja.

We sit on a table near the fireplace in the place‘s back room.

Džejms pretends to play some chords on the instrument. Like me, he has never learned how to play the guitar.

He smiles, but not to apologize.

Džejms is a passionate entertainer with a typically local sense of humor. And, it should be added, an accomplished hobby photographer.

As we sip rakija and Sarajevsko I decide to ask Dragan the obvious question.

The one I‘ve been circling around in our conversation the whole afternoon and evening.

„Why aren‘t you afraid of Promaja?“

Dragan just lets out a laugh.

This story was originally written and photographed for Balkanium.

Balkanium is an outstanding photo site initiated and run by Anđela Petrovski, a photographer from Beograd. It is dedicated to telling stories about the people in the region through photographers‘ eyes.