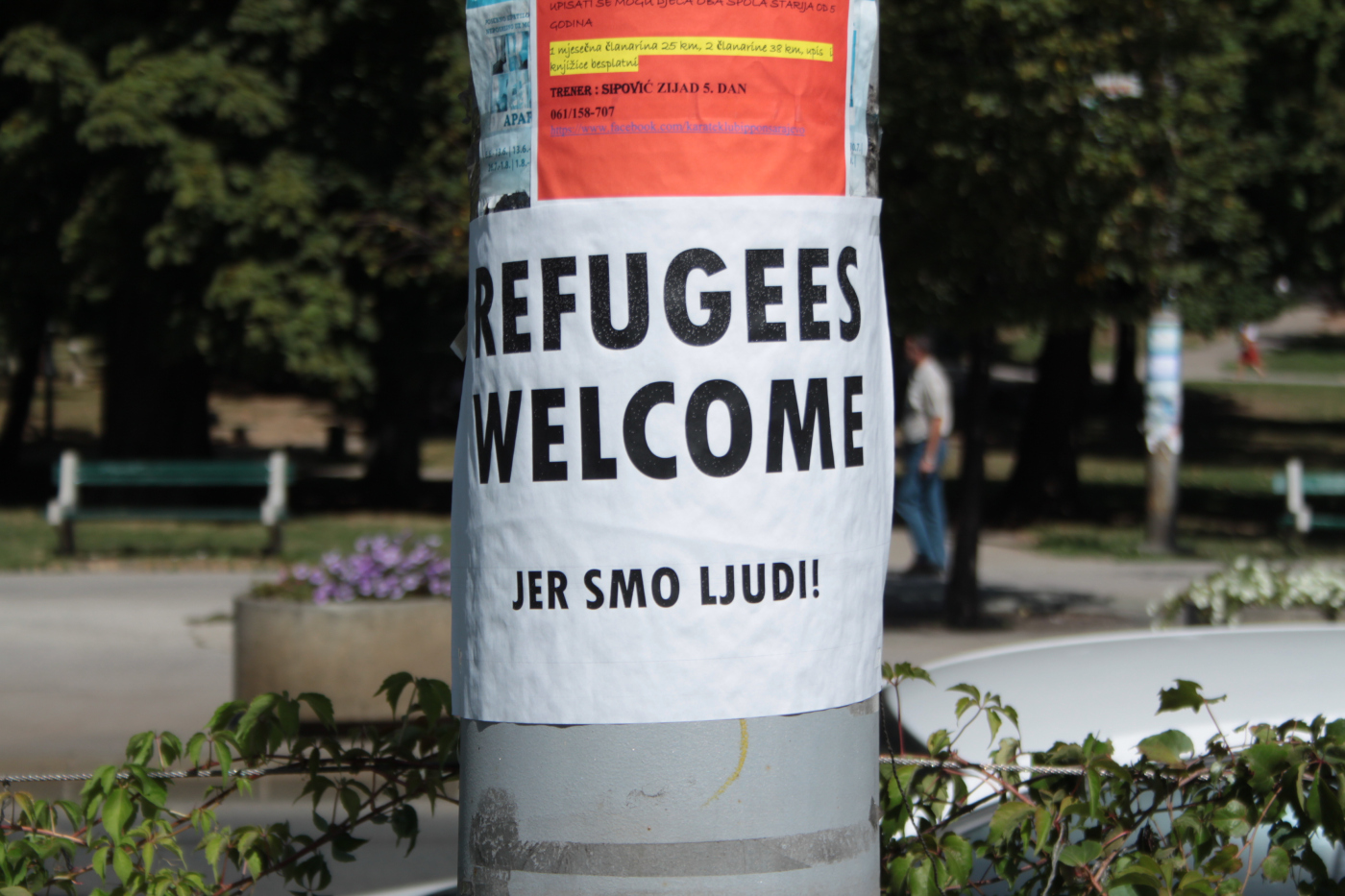 People displaced by the Bosnian War are protesting against Bosnia’s treatment of refugees from Syria and other countries. They have written an open letter in which they detail their own experiences as refugees and call for refugees in Bosnia to the treated humanely.

The protest is being led by Fuada und Amila Haktić.

Fuada fled to Switzerland in 1993 with her daughter Amila, then four months old. Both owe their lives to the fact that Switzerland was willing to take them in, says Fuada

They explain in videos why they are protesting against Bosnia’s refugee policy.

They are opposed to the way the Bosnian authorities are are treating the 7,000 refugees who have come to the country since the beginning of the year.

No one is taking responsibility for the refugees. The people trying to meet the refugees‘ needs are mostly volunteers. But they are running out of money and capacity, as shown by this article, which also reports on ‘wild camps‘, in which the basic needs of refugees are no met.

At the same time, politicians and the tabloid media are stirring up fear of the refugees, as Balkan Stories reported in June.

An Open Letter from the Bosnian Refugees

With the support of Balkan Stories and the Viennese diaspora magazine KOSMO, refugees from the Bosnian War have written an open letter, which can be signed on change.org.

In the letter, they recall their own experiences of being a refugee, the debt they owe to the countries which took them in, and the ways these countries allowed them to begin new lives.

The stance of Bosnian politicians and Bosnian media is a betrayal of their experiences. And a betrayal of the Bosnian tradition of hospitality, which stretches back to taking in Sephardic Jews when they were expelled from Spain.

The Signatories and Supporters Come from Around the World

After Fuada und Amila Haktić, Aida Šehović was the next signatory of the open letter.

The artist, originally from Bosnia, now lives in the USA. Her touring memorial to the victims of the Srebrenica genocide, ŠTO TE NEMA, has given her an international reputation.

Another signatory is Renato Čiča. Exiled from Sarajevo to Vienna, she runs a charity called We HELP for refugees and people with disabilities.

They are joined by Denisa Husić, an SPÖ campaigner who comes from Upper Austria but has Bosnian roots.

Other signatories are Bosnians living in Serbia, Germany and Slovenia.

Chris Baumgarten, founder and editor of Balkan Stories, supports the initiative under the hashtag #Jersmoljudi (Because We’re All People).

What You Can Do

The petition can be signed HERE.

We’re particularly looking for video testimonials in which you explain why you are signing this petition or how your own experiences relate to it.

And of course it would be very helpful if you could share the petition on change.org or this article on social media.

All support is hugely appreciated.